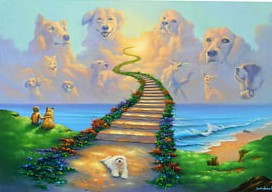 Animals are sentient beings. They are Souls in a physical body exactly the same as we are and they come here to earth for a reason, just as we do. More often than not that reason is to assist us humans in our journey. And just as we choose our family of origin, our pets choose the humans they will share their journey with. Their purpose may be tied to just one person in a family or to multiple family members and this has significance in how we humans each respond when it is time for our animal companions to transition. For the one(s) they are here to help it can be heart wrenching and harder even than saying goodbye to our human family members. For the other members of the family it can be sad, but not to the same degree. Understanding this and helping each other through this challenging time with compassion is essential.

I remember being home alone as a teenager on the day our dog, Sandy, was undergoing an operation. I don’t remember why it was scheduled but during the operation the vet called to tell us that Sandy’s body was riddled with cancer and it would be kindest to euthanize him. And the vet wanted permission. With no one else home it was left to me to say yes. I was overwhelmed with grief and sat at the dining room table with my head on my arms sobbing uncontrollably. Tiger, the cat ruler of the house, came and sat as close to me as she could, purring softly and rubbing herself on me to help ease my grief. To this day I still don’t know what Sandy came to help me with or to teach me, but I know it was something given the magnitude of my grief which lasted several months.  Other family members (to me) didn’t seem as upset as I was and appeared to move on easily to a new puppy who joined us shortly afterwards.

Other animals joined the family and left but I never felt the same depth of grief until Charlie, a Golden Spaniel I had adopted with my first husband. He never really warmed to or liked Charlie despite agreeing to the adoption and when we moved to Canada refused to take Charlie with us. A good friend took Charlie in but it was in less than a year that I received the call telling me Charlie had been attacked and killed by another dog. Once again the grief overwhelmed me even though I had given Charlie up and I fought to suppress my feelings as my husband did not understand or accept them. I pushed my feelings of guilt and grief deep inside where they festered and eventually came out in a very dark period I went through when we divorced. I believe Charlie came to help me learn to stand up for myself and my beliefs. It took longer than his short life to learn this lesson though, and I still need to reflect on him at times when I allow others to overrule what I know in my heart to be true for me. 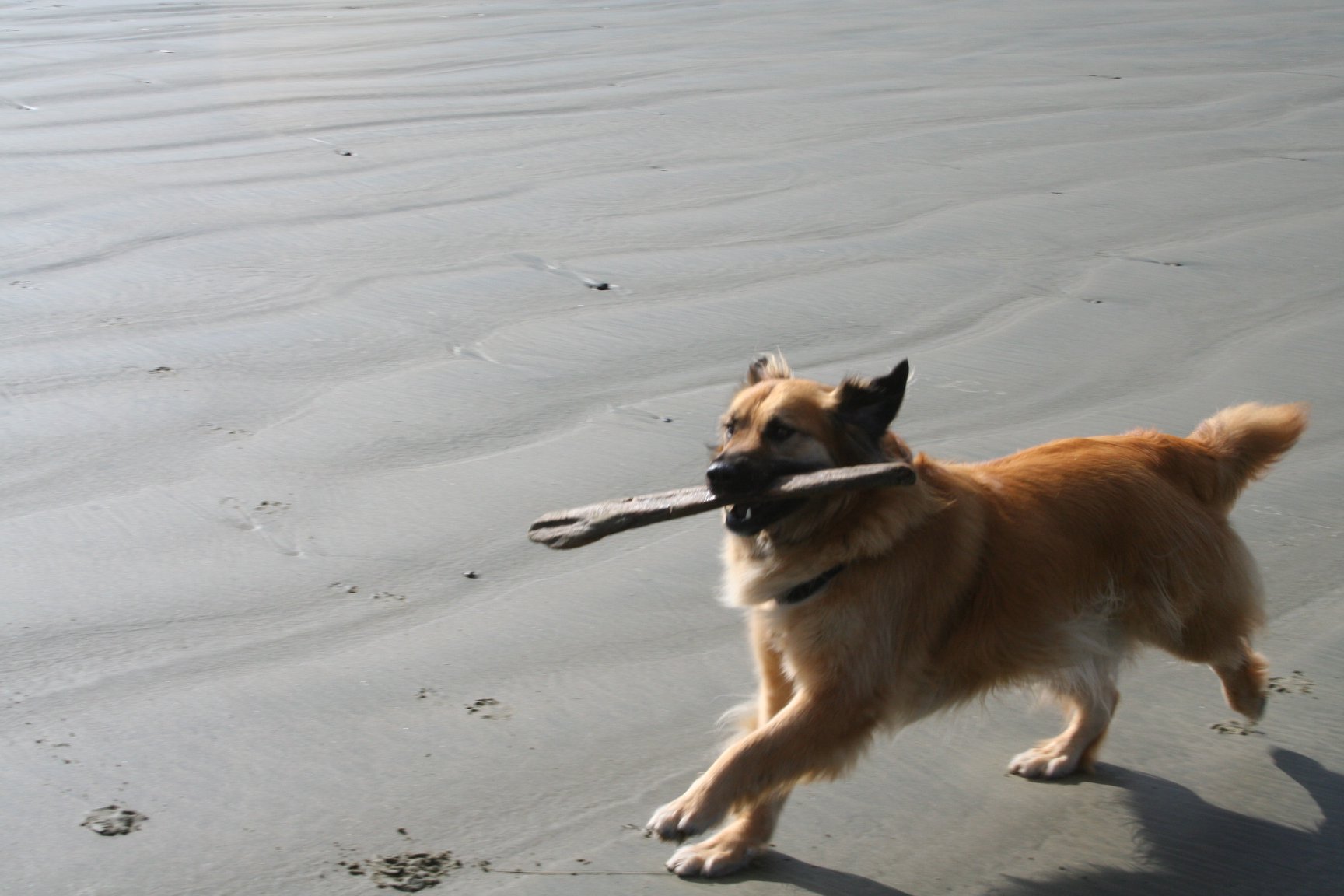 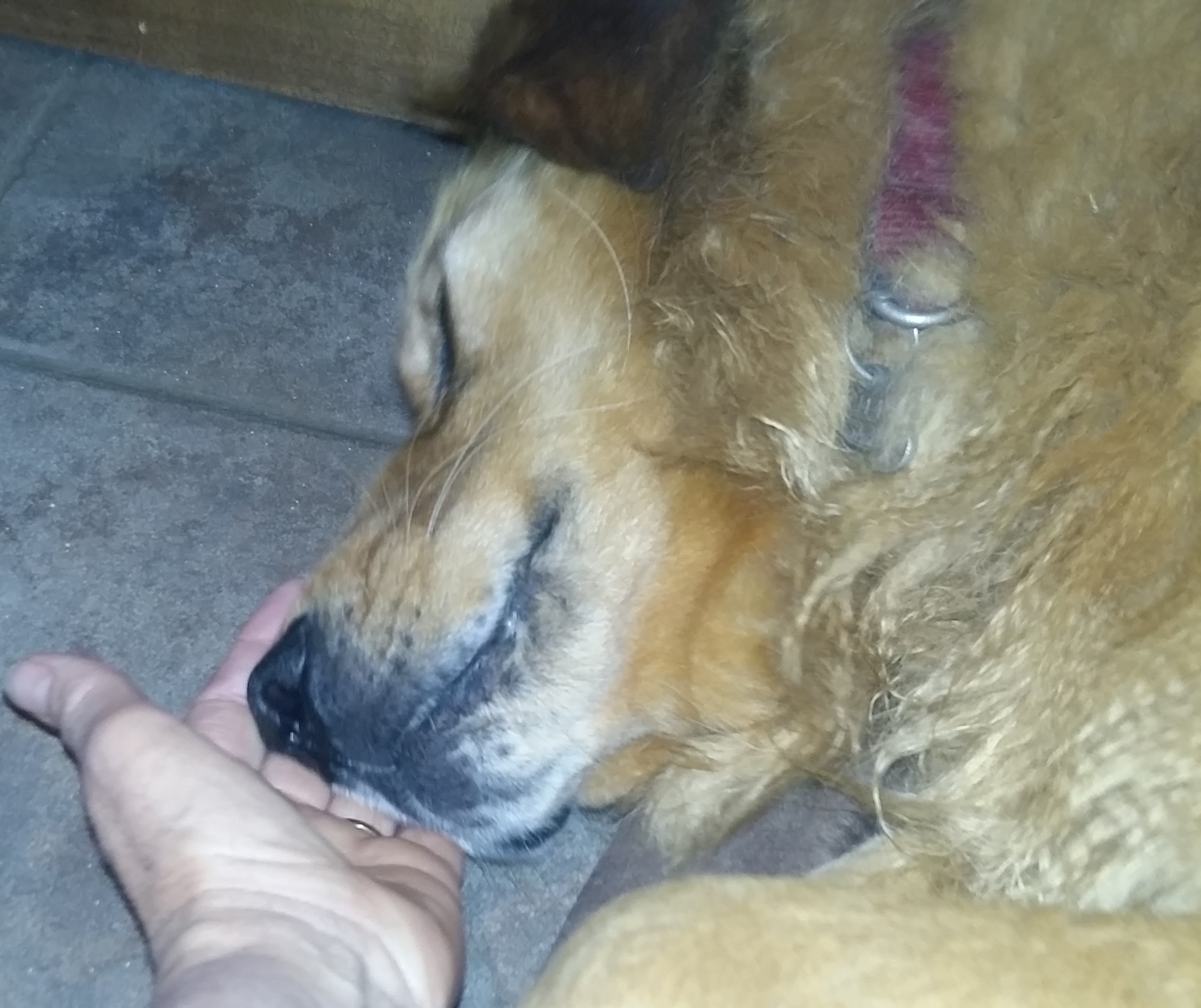 The next animal I had to say goodbye to was my beloved Leo. Oh he meant so very much to me. We had been through so much together. This time though I had already figured out what he came to teach me – unconditional love – and it was with that unconditional love that I was able to say goodbye with peace in my heart. And his passing was peaceful for all of us. Yes, it still hurt deeply and I mourned for months but the grief was not as totally overwhelming as with Sandy and Charlie. I was also more spiritually aware by now and had learned Reiki shortly before his transition and believe this gave us both peace. His death came just 5 months after losing my Dad and it was a tough year. But knowing what Leo had come to help me with, knowing that he had achieved what he came to achieve, and that he is always just a mere thought away has helped ease the pain.

If you are struggling with the loss of a pet please reach out to someone who can give you the support you need. Today’s world often frowns upon grieving for pets, but the feelings are real and stuffing those feelings down inside to make others feel comfortable is dangerous for your overall health and wellbeing. Please let it out and know that it is normal. There are many animal bereavement counselors who can help and you can always – always – connect with me.

And animals also grieve. They need help and to be listened to just as much as we humans do. When Leo transitioned we kept his collar and took it home offering it to Trapper to smell. For weeks afterwards Trapper would wander around the house crying out for his buddy. Loads of love and cuddles and communicating with him telling him Leo wasn’t with us physically anymore has helped him overcome his grief despite the hole in his life left by Leo’s passing. Talk to your other pets and tell them what is going on. Help them understand. And if you feel they need more help there are animal communicators who would be happy to help too. Again, you can also always connect with me and I will do my best to support you and your furry family.

Our animals are with us for such a short time comparative to our lives. If it is time for your pet to leave or if they have just left and it is gut wrenching for you, first know that they are always with you. Reflect on their lives and try to find what purpose they came into your life for. Thank them for this and know that their passing means they have achieved this goal and are ready to rejoin our maker. They may well come back to you in another form to help you even further in this life – or in another!